Till 2003, FAYA had focused its activities primarily on facilitating youths and their networks to fight social evils. The evolution to Human Rights Based Approach (HRBA) took place during 2004-2008 with FAYA joining in and taking a lead in number of district and regional human rights networks/alliances. During this period, FAYA facilitated public policy agenda related to equal wage for equal work, right to safe rehabilitation of freed Kamiya and strengthening of women’s network. Strategic partnership was forged with a number of peoples’ organizations and development partners.

The adoption of third strategic plan (2009-2013) was a major event in FAYA’s institutional development. The strategy plan had adopted four foundational themes – livelihood, education, health and disaster risk reduction and emergency response; and three cross cutting themes namely HIV and AIDS, gender mainstreaming and democratization and governance. In this period, FAYA gained prominence as a leading right based development organization among stakeholders and partner communities. Through the fourth strategic plan (2014-2018), FAYA-Nepal has been devoting its efforts towards building society without the poverty and injustice in which people enjoys their right to dignified life.

Currently FAYA is implementing its fourth strategy plan (2014-2018), with the aim to consolidate its existing engagement, deepen quality of its programming and focus on its own organizational development. The overarching aim is to promote citizenship of the partner communities to claim and enjoy basic services and promote accountable local government. The Theory of Change guides our strategic thinking, priorities and action plan.

FAYA-Nepal is devoting its efforts to fulfill its commitment through partnership with various local, national as well as international agencies, networks and alliances. FAYA-Nepal believes that social transformation only possible through the joint endeavor from all the concerned actors of the society. Considering this fact, FAYA Nepal have been focusing its intervention towards social transformation by leading its members with the slogan of ‘Together for Prosperity.’ 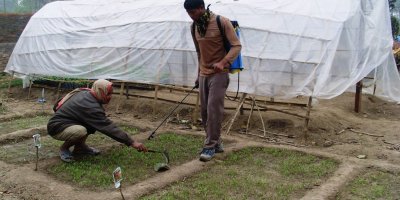